All We Want for Christmas is Super Show USA

As fitting as Christmas is to E.L.F., we wrote our own Christmas wishes to Super Junior to have our very own Super Show USA!

Inspired by one of our lovely followers, Andrea, we collected photos of handwritten letters with your special message indicating how much you would love for a Christmas miracle: a Super Show in our home country, USA. Even though the likelihood of a Super Show in the United States for Christmas was slim, we still wanted to show how much we wished for it. We implemented Super Junior’s motto, “Santa U Are the One!”

Once we had all the messages, we made a photo-book of all the letters and recorded a video to upload to YouTube. The letters included this Hangul sentence:  우리의 크리스마스 소원가 Super Show USA 예요.  Which translates to: ”Our Christmas Wish is for Super Show USA” We packed the photo book with care.  It was wrapped in one of a kind custom-made paper with all the members name on it.

We mailed this book out to our Lee Hyukjae at Tous Les Jours!  And it was received!

Thank you for joining us in making this a successful project like our other photo book projects we’ve done for Yesung & Henry (which were personally delivered).  Here’s a video of the finished product.

Our admins putted together a video for Super Junior’s 8th Anniversary on November 8th singing “Congratulations” (Super Junior Style!). The video was to congratulate Super Junior on behalf of American ELF.

Either the number eight or a sign that says “슈퍼주니어와 함께한 8년 (8 Years With Super Junior)” was somewhere in the video.

We included a video from one of our followers (Maria) since it was so cute!

The finished video (see below) was uploaded to our YouTube channel and tweeted to all the members of Super Junior!

Shining Star California E.L.F ~Love. This small video project is to show Super Junior our love and support.  They will always be our Shining Star!

Our fan club had a booth at KCON in the Los Angeles Memorial Sports Arena on August 25th and 26th, 2013.  At the booth we:

1.  Signed up interested ELF
2.  Gave away Henry banners (made 1,000 banners and ran out in the first day)
3.  Had fans write messages in the Henry photo book
4.  Did a survey on ELF’s biases
5.  Provided materials for fans to make their own Super Junior beaded bracelets
6.  Promoted Super Junior to KCON attendees
7.  Was the headquarters for the fan projects and place for ELF to gather

Thanks to all the volunteers who assisted us for 2 long days, often without eating and sleeping! 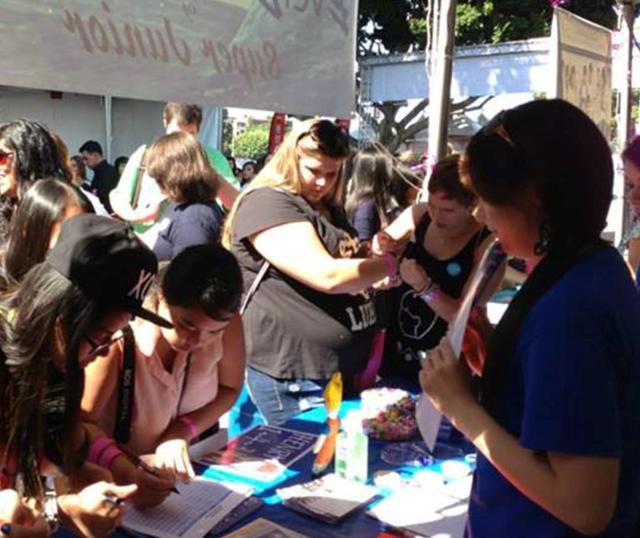 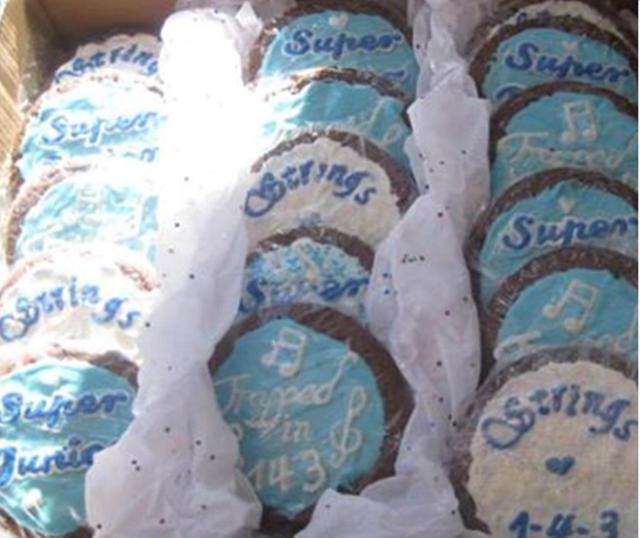 ELF joined us in our request to provide Henry with a Blue Ocean for his first solo performance in Los Angeles!  We encouraged and provided information for fans to purchase blue Super Junior light sticks.  We also provided some regular blue light sticks (in limited numbers) to fans who came without light sticks.

We made 1,000 banners to give out to ELF attending the various Henry events at KCON.  We wanted to give Henry a warm welcome to the USA, and hopefully he will let the other Super Junior members know how much American ELF love them.  And that they too should quickly come to the USA!

Can you imagine if we were able to do so much for Henry, how many more amazing projects we could do for Super Junior?

We would like to express our sincerest gratitude to those who helped make our Henry 143 banner project a success. We want to give a shout out to SJWorldUSA for their collaboration with us. With their help, we were able to  distribute the banners to ELF in attendance at KCON.   We actually ran out of banners at the first day of the convention!  Our apologies for those ELF who came on the second day and were not able to get a banner.

We’d like to also thank everyone who contributed to our donation fund for the project. We are glad to report that we were able to save up the extra funds collected for future projects in the USA!

A big THANK YOU to Jenny for the Chibi!  Credit banner: Admin Teukie

Thank you to all the ELF that came out with us to welcome Henry to the USA. The five hour wait with us was worth it, right?  Wasn’t he dreamy up close? …and tall! The maknae is outgrowing all his hyungs!

Henry must have been touched.  He even tweeted a picture (below) of all the beautiful ELF who greeted him with the banners!

Thanks Nicole for getting Henry the flowers & wrapping our banner around it!

Taking into consideration all of the ELF and Strings who expressed their disappointment in being unable to attend KCON for Henry, we came up with the photo book project to include everyone!

You sent us your written notes, drawings, etc. and we compiled them into a message book.  We also included extra pages for ELF-Strings who attend KCON and met up with us at the airport to write messages.

Your messages expressed your abundant love and support for Henry, so we’re sure he loved it! The photo book was hand delivered by Admin Teukie (@ 1:58 in the video below) to Henry along with other gifts we gave him.

We knew that a lot of ELF were looking for what to wear to the convention so we prepared a fan club shirt especially for Henry! The t-shirts had a picture of Henry giving us a kiss (~so cute) with the words “I Love You” and “1-4-3”.  We used a good quality Tagless Hanes 100% cotton t-shirt so that it could be worn many times after KCON!

Henry was a special guest at the KCON panel discussion “Behind the Scenes of A K-POP Movie:  Final Recipe FEATURING HENRY!” Henry was one of several guest speakers.

We waited in line TEN HOURS before the event to ensure we would be able to enter to do the project!  We passed out the Henry banners to all the attendees and asked them to raise the banners when Henry arrived.  It was a huge success!

On August 25th, 2013 at KCON, there was a special show shooting of Danny from L.A.  And one of the special guests was Henry!  Thank you to all the ELF who joined us to support Henry and for holding up the our Henry banners!

And Henry seemed to enjoy himself.  And who can forget when he wrote his name with his BUTT!  Wow, some of the things the boys do for us!  Next time, just agree to do the gwiyomi!

We were running around KCON organizing the projects when suddenly we saw HENRY!  Well, at least a standee of him…but oh so ADORABLE.

We decided right then to do a quick mini-project.  It was ELF’s and String’s very own photo shoot, featuring Henry! Sorry, we were only open for a short time since there were so many other projects to do!

We asked that ELF come dressed up as our favorite Super Junior members. We saw ELF…

We collected letters, drawings and pictures from American ELF and created a photo book to wish Yesung a Happy Birthday!  The photo book was personally hand delivered to Yesung in Korea!  Happy Birthday Oppa!  You’re never be old to us!

In June 2013, we did our first Super Junior flash mob!  Although small in number, the people who showed up to the flash mob practiced really hard for months to learn all the dances!  We danced to 10 Super Junior/SJ-M songs.

We were planning to do 2 flash mobs that day, one in Northern California and one in Southern California.  Due to unforeseen circumstances, the flash mob in up north did not go as planned.  Thank you everyone for coming.  It was wonderful to meet everyone!  We’ll do more flash mobs in the future.

This was our first project!  We collaborated with overseas fan clubs ShindongChingu and Shindong HK to send a cake to DJ Shindong to congratulate him for 5 years of broadcast on MBC’s Shimshimtapa Radio Show. CONGRATS, DJ SHINDONG!

The cake was sent to the radio station in Korea.   Isn’t it lovely?